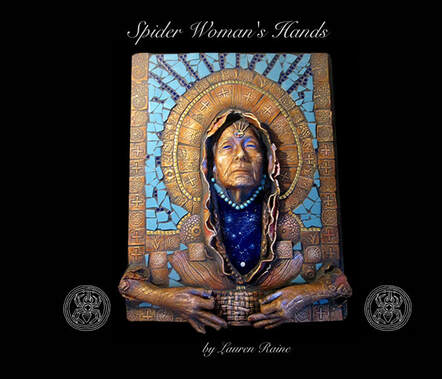 SPIDER WOMAN’S HANDS
A Metaphor for Our Time

“What might we see, how might we act, if we saw with a webbed vision?   The world seen through a web
of relationships…as delicate as spider’s silk,  yet strong enough to hang a bridge on. "
Catherine Keller, From a Broken Web   (1989)

Years ago I was enjoying a panoramic view of the Sonoran desert.   I happened to be sitting near a spider web, stretched between two dry branches.  I realized, by shifting my point of view, I could view the entire landscape through the web’s intricate, transparent pattern......a  landscape  seen through the ineffable strands of a  web, a web that was an overlay of the landscape, the sky, of everything united in a great Weaving.  Seen, and then, depending on how I shifted my point of view, not seen, invisible again.   Spider Woman's Web.

Pueblo mythology tells that when each of the 3 previous  worlds ended, it was Spider Woman who led the people through the sipapu,  the kiva (or birth canal)  into the next world.   Now, according to the Hopi calendar,  a new  age has once again begun.  And surely, once again,  Spider Woman, the  midwife/creatrix   has returned to point the way. 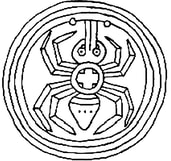 "We do not need to invent a ground of connectedness, but only to realize it.
Inter-relatedness has been experientially grasped in myriad cultural contexts -
yet the force of modernity continually denies and degrades it."

We have entered the "5th Age" indeed, the astonishing, fast paced, technological age of a  global humanity with unimagined promise, and also unimagined evolutionary crisis - the greatest being climate change.   I like to think that  the World Wide Web is Spider Woman's latest appearance.  Certainly she is making  increasingly  visible the inter-dependency of all life,  whether we speak of  ecology, quantum physics,  synchronicity and metaphysics, or the new frontier of integral psychology.   In Pueblo mythology, Spider Woman is also called “Tse Che Nako”, Thought Woman. Thought Woman is a Creatrix who  creates the world  with what she imagines, the stories she tells about the world.  We also participate in this imaginal power.   ​ 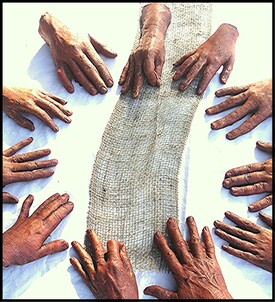 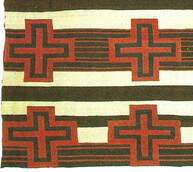 "The question is not so much  "What do I learn from stories" as "What stories do I want to live?"
David R. Loy, "The World is Made of Stories"

As cultural anthropologist Carol Patterson-Rudolph eloquently wrote in her book On the Trail of Spider Woman - Petroglyphs, Pictographs, and Myths of the Southwest  (1998)   to the Navajo (Dine`)   Grandmother Spider Woman ((NA ASHJE’II ’ASDZÁÁ) represents  initiation into a mature, integrated way of being.     Spider Woman thus  is a bridge between the mundane,  the mythic, and the sacred dimensions of life.  Like a spider web, her transparent, circular strands exist on multiple levels of  meaning.    Spider Woman is revered by the Navajo because she taught them how to weave, a sacred art to them, as it is to the Pueblo peoples,  that embodies important spiritual teachings.   In Navajo rugs, “Spider Woman’s Cross” represents balance.  To  this day, a bit of spider web is rubbed into the palms of infant girls, so she will become a good weaver.   Spider Woman is about initiation into wisdom - She is able to bridge the sacred and prosaic dimensions of life.  But for those who are not ready,  Grandmother Spider Woman will be invisible, appearing as nothing more than a tiny insect.  And yet, for those with eyes to see, her Web is everywhere.   The "Web" becomes visible within an integral, relational paradigm:   a "webbed vision".

Spider Woman is ubiquitous throughout the Americas, found among the Maya,  Pueblo and Navajo  mythology,  and  among the pre-historic "Mound builders", the  Mississippian cultures as well.  There is evidence that the earliest Spider Woman was found among the Maya, where she is identified as the Earth Mother.    I find this ancient myth a profound metaphor for our time,  a symbol that   can encompass ecology, community, theology, integral conciousness studies, and quantum physics.

​In his book on Hopi religion, anthropologist John Loftin writes that:

“Spider Woman was the first to weave.  Her techniques and patterns have stood the test of time,
or more properly, the test of timelessness  – because  they have always been present.  It makes sense
that one would follow the instructions of a deity who helped form the underlying  structure of the  world
in which one lives...........Weaving is, from that perspective,  not an act in which one creates something oneself
– it is an act in which one uncovers a pattern that was already there.”


From her very being, the Spider  spins silken, transparent threads that she organizes into the patterned symmetry of an ever-expanding Web.   Tse Che Nako weaves, sharing this precious  creative power with all of her Relations.   With contemporary resonance, science now  suggests that we live in a “thought universe” in which all forms of consciousness and living beings, as well as phenomena,  are infinitely interconnected, interdependent,  entangled, and responsive.
“Tse Che Nako, Thought-Woman, the Spider,
is sitting in her room thinking of a story now -
I'm telling you the story  she is thinking. “ 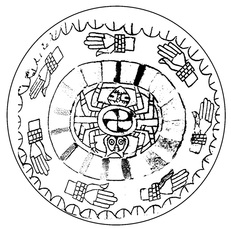 Among the pre-historic Mississippian culture many decorations and amulets have been found  of a spider, with the solar or 4 directions cross  on its back.     Some are surrounded by a circle of hands.  Another ubiquitous image is the Hand and Eye.   While we cannot know the exact meanings of this prehistoric iconography, they speak to my  imagination as metaphors for our time as well.   Like the Spider Woman, we conceive with our minds.  But we manifest the stories we tell about our lives, individually and collectively,  with the works of our hands -   Spider Woman’s hands are also our hands, all of us inter-dependant within the great ecology of the planet and each other.   Spider Woman offers an opportunity to remember that we are co-creators with that which is ineffable and ultimately  One.

A spiritual paradigm is founded upon mythic roots.  Following the metaphor theologian Katherine Keller has provided:   if we can find models that allow us to vision our world as it really is – a shimmering web of interconnected relationships – if we can see truly the world  "with a webbed vision”…….then how, indeed, might   we act? 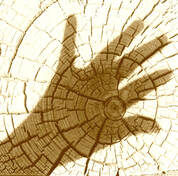 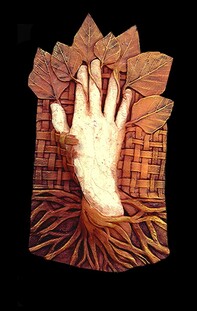 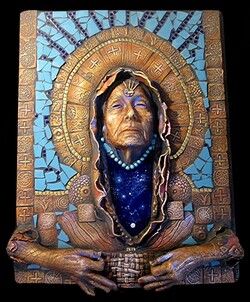 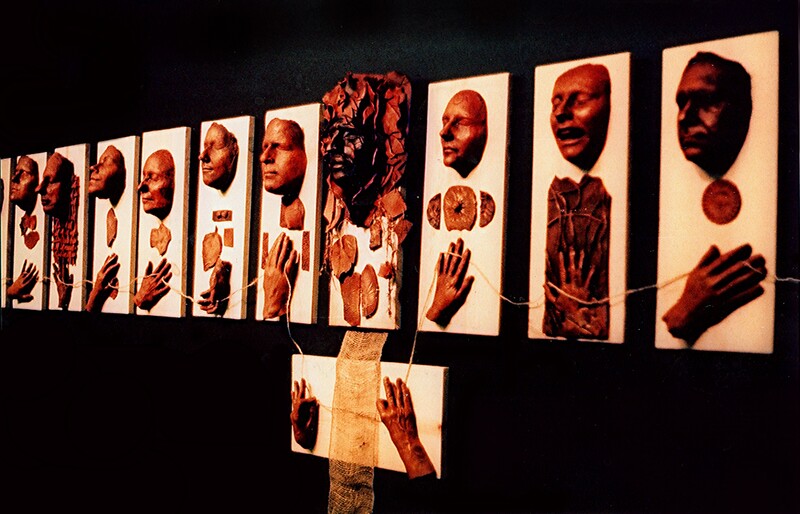 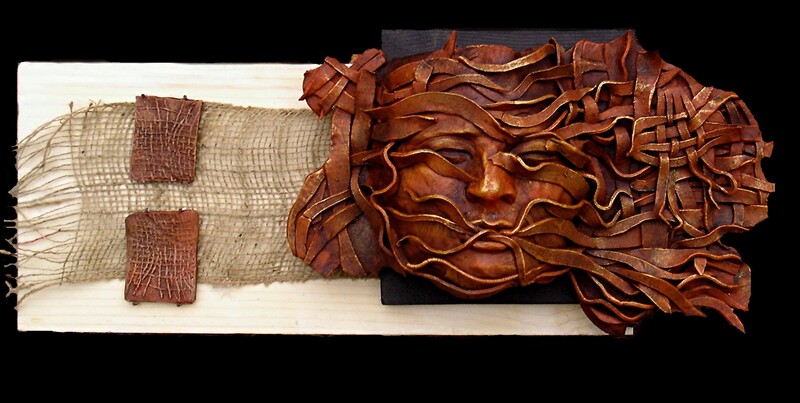 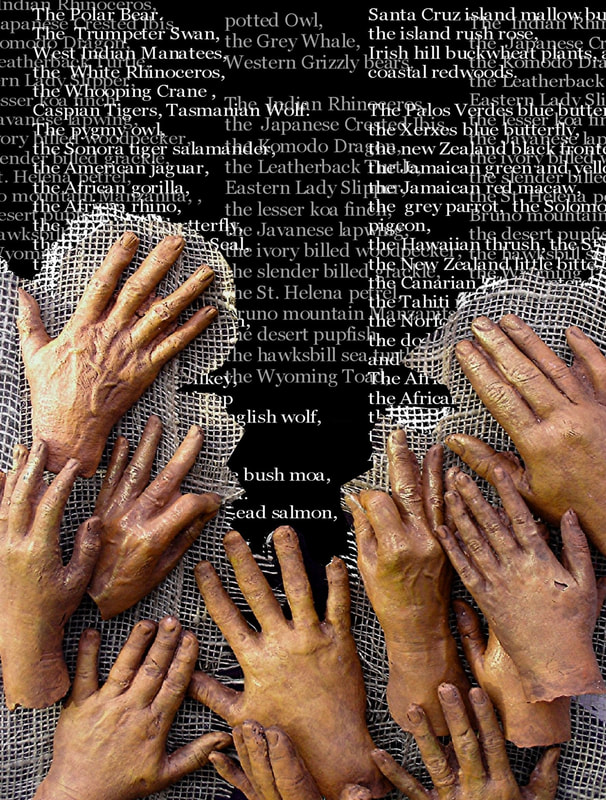 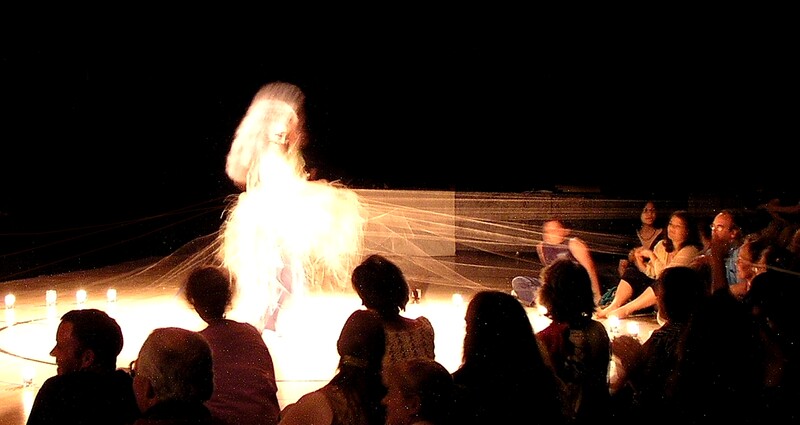 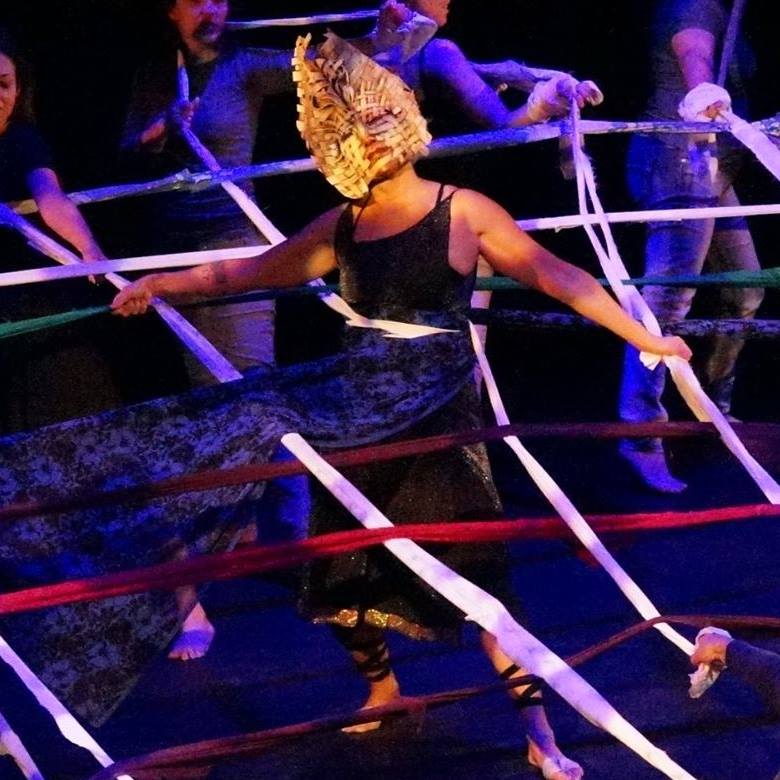 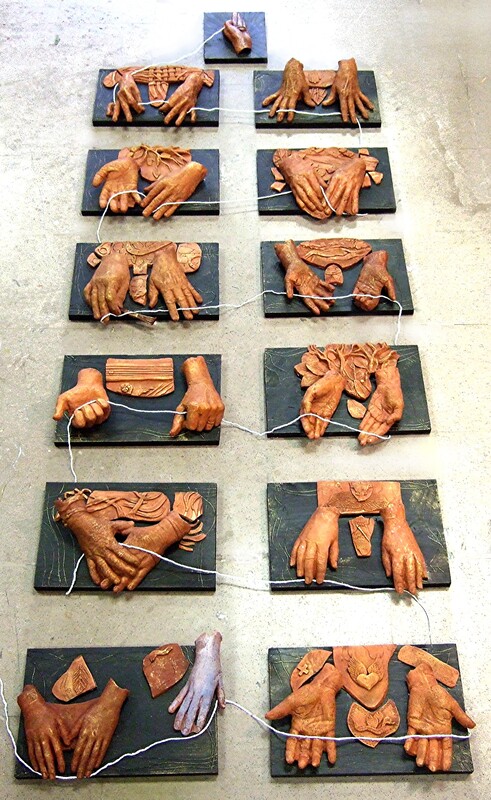 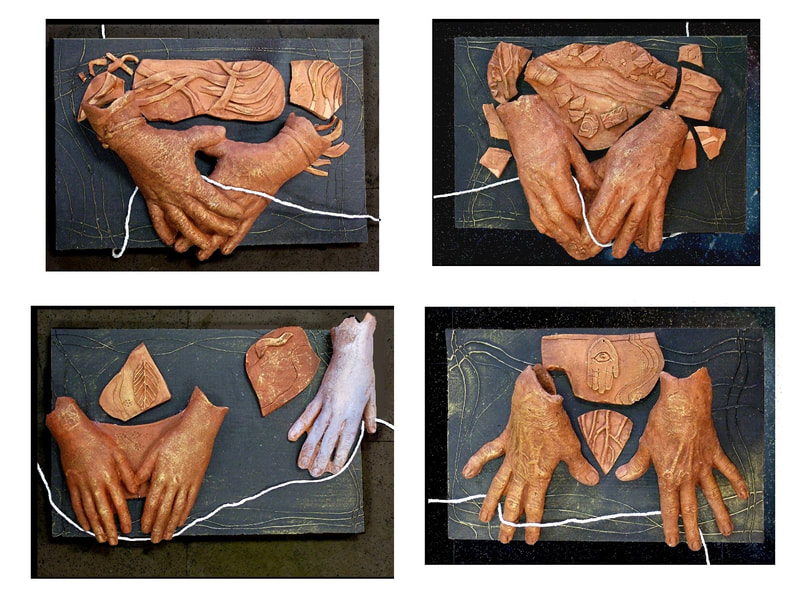 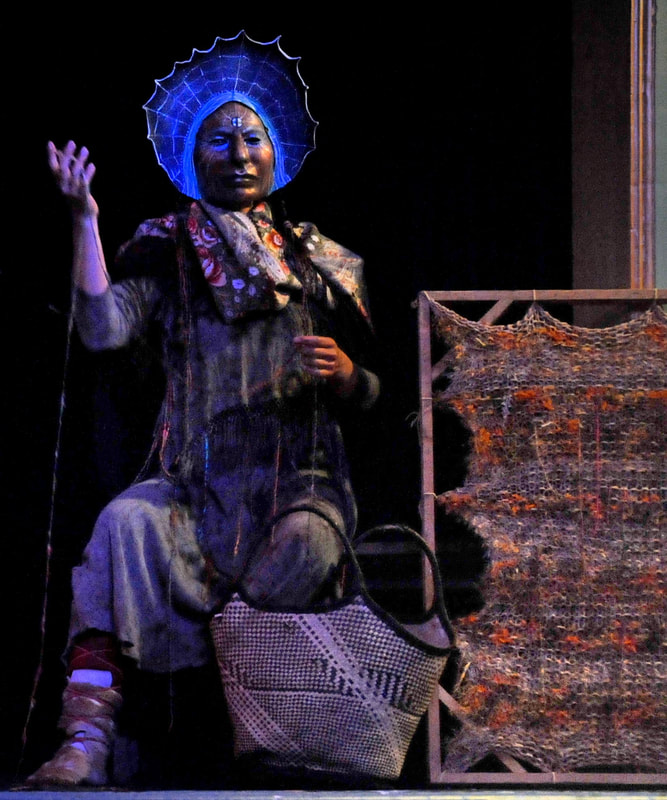 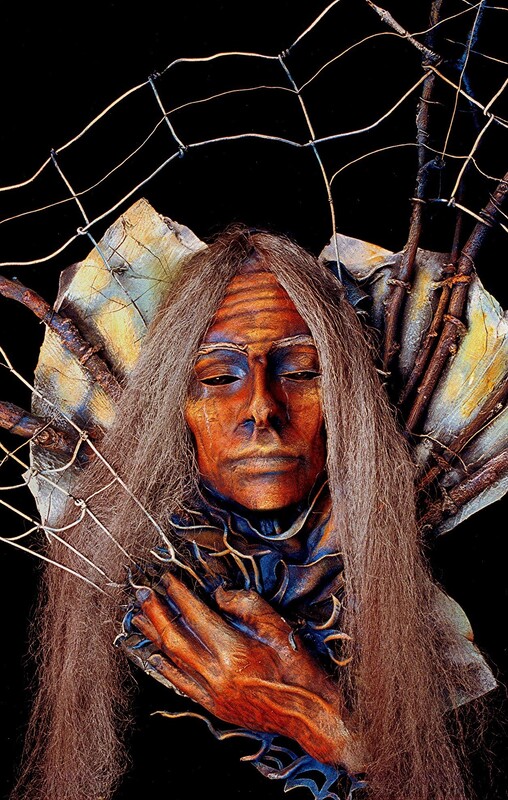 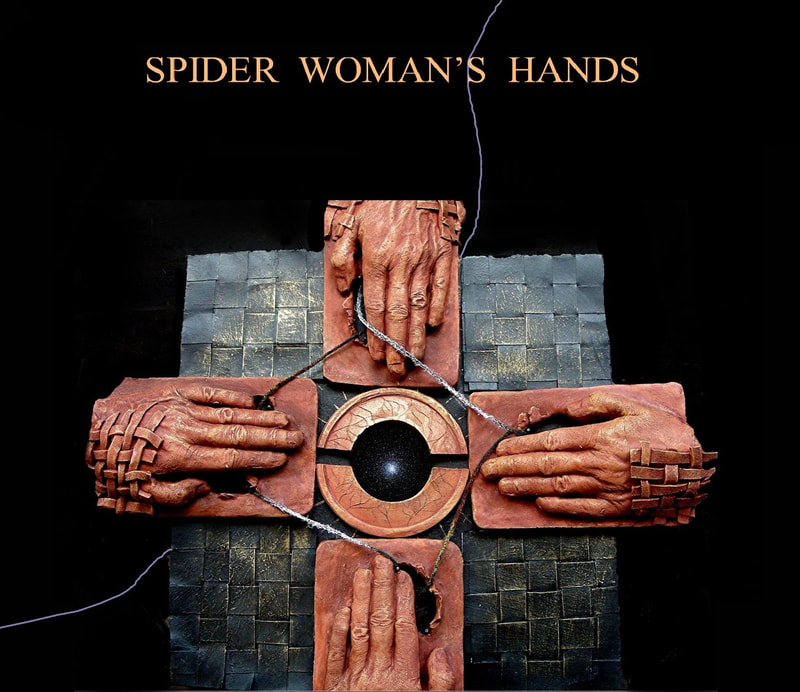 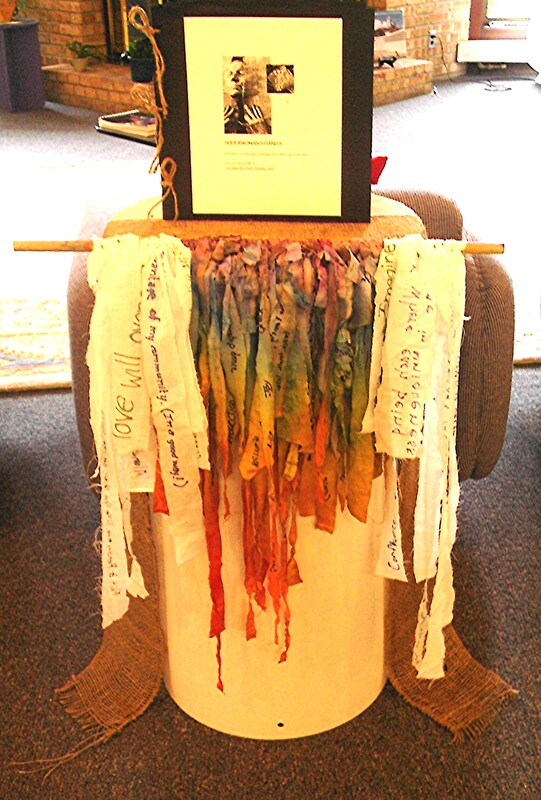 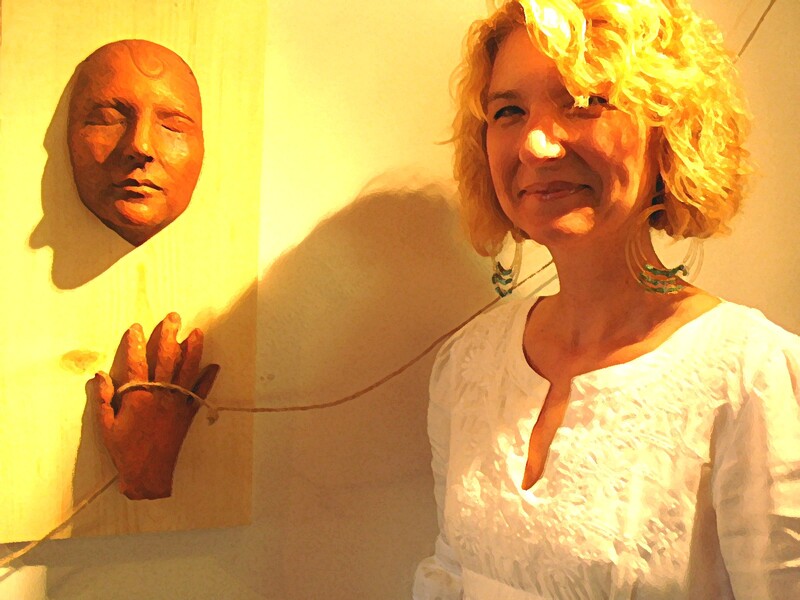 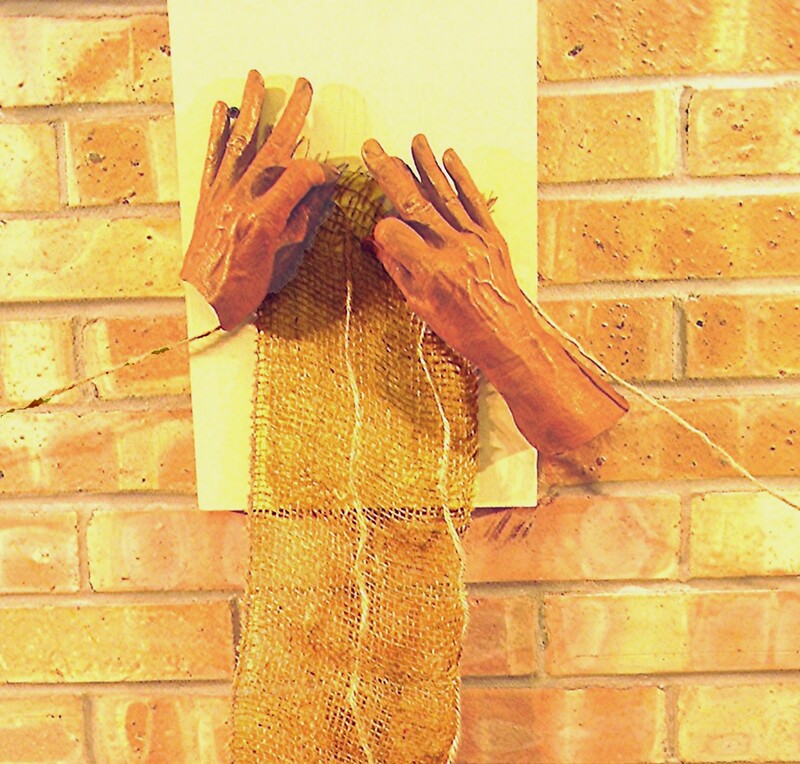 Photographs are by courtesy of:  Jerri Jo Idarius, Ileya Stewart, Thomas Lux, Peter Hughes, Ann Beam and Lauren Raine
All  materials are COPYRIGHT  2015, and may not be reproduced without permission.